Do what thou wilt shall be the whole of the Law

"Springtime Folly" by Tim Paling
"Pause for Thought" by Cynthia Crosse
Audio by:

As Winter fades and Nature stirs, it seems an appropriate time to muse on the Fool, for “The Fool stirs within all of us at the return of Spring ...”1

When we look at the Fool card we see that much of its symbolism draws on concepts traditionally associated with Spring. He is clad in green, the colour of the fertile earth. Behind him is the gold of the Sun, depicting the solar energy that begets and sustains all earthly life. At the centre of the card we see his loins depicted as the Sun, emphasising his fertile, solar nature. He bears grapes, symbolic of Bacchanalia and divine ecstasy, and his hornéd head alludes to such creative nature gods as Apis, Amoun, Zagreus, and Pan.

These symbols bring to mind many springtime ideas: rebirth, fecundity, ecstasy, youth, newness, lustiness, and the like. The whole feeling of the card is one of joy, happiness, virility and enthusiasm.


Being the first card of the Tarot, the Fool is all about beginnings. More specifically, he is the inspiration that begets beginnings. And, like inspiration itself, his appearance is always sudden, mysterious and inscrutable.

The element attributed to the card is Air. This alludes to such qualities as emptiness, space, nothingness. And the universe is, quintessentially, Nothing. The vast majority of space is empty space, and what matter it does contain is composed of atoms that are themselves almost entirely empty.

Hence the Fool is omnipresent. He is the Naught that is everywhere; all around, all the time. Yet our nature is such that we are rarely aware of this nothingness; the less significant “things” are what tend to occupy our attention. But when these things become worn out and exhausted – and “newness” is required – it is then that we more readily perceive the Nothing that was always there, the Nothing which in turn begets another Something.

Such is the emergence of Spring. The original life-force is spent; there is a lull, a sleep. Then suddenly, from within that silence, a joyful fecundity stirs and life bursts forth anew.

In the natural world this cycle is not only annual but diurnal, hence the Fool also symbolises Dawn. More than this: he occurs in every moment of time – the Fool is the impulse that initiates every breath, every heartbeat, every cellular reaction.

He is there at the new turn of every wheel within Nature.


Just as the Fool is the Beginning, he is also the End, and everything in-between.

When we look at the Fool card we see many symbols about him, and these symbols refer to the other 21 trumps. Wheeling about his torso is the Caduceus of the Magus, the Light descending upon his head is reminiscent of the Priestess, the Dove is a symbol of the Empress, and so on.

In other words, as the Fool is the beginning of all things, so too does he contain all things. The idea of Nothing, as it pertains to him, is not that of a dry, sterile vacuum. It is the pregnant silence of all that is yet to be.

The number of the Fool card is Zero, and the glyph of that number is O, a circle.

Of all the symbols that surround the Fool, the circle is the most dominant.

Symbolically, the Circle represents such ideas as wholeness, completion, and unity. These ideas, in turn, correspond to the number One. Therefore the Fool is, simultaneously, both Zero and One.

The circle surrounding the Fool is threefold. This refers not only to the three forms of Zero (i.e. the triple-negative of the Qabalists) but also to the triplicity of the letter Aleph, the Hebrew letter of the Fool. Aleph represents the number 1, and when it is spelt in full – Aleph-Lamed-Pé – its number becomes 111. This Triple-One illustrates the idea of the Unity expressed as a Trinity. In this way the Fool is a glyph of the Holy Three-in-One, or IAO.

(Consider also that the letters Aleph and Lamed together represent Hadit and Nuit conjoined2, and Pé demonstrates “... the quintessential quality of the Lord of the Aeon.”3 Hence these three letters also symbolise the central Trinity of Thelema: Hadit, Nuit and Ra-Hoor-Khuit.)

The number Three in turn implies Six, for 1 + 2 + 3 = 6. Six is the number of the Sun – hence the emphasis on solar symbolism within the Fool card. (The number 111 is itself solar, for each line, column and diagonal in a six-by-six magic square adds to 111.) As the return of the Sun to our hemisphere coincides with the dawn of Spring, the colouring of the Fool card is primarily gold (the Sun) and green (the Earth). This hints not just at the intimate identity between these two heavenly bodies, but at how both are vehicles through which the Fool may bestow his holy inspiration.

When Hebrew letters are spelt in full, deeper mystic readings are implied. In this way, Aleph-Lamed-Pé can be interpreted as “Folly's Doom is Ruin”.4

Aleph is Folly (the Fool); Lamed is Doom (Adjustment); Pé is Ruin (the Tower). “Folly's Doom is Ruin” may sound negative, and indeed implies a warning against thoughtlessly indulging every whim and fancy. But inasmuch as the word “Ruin” refers to the Tower card, it implies particularly the idea of Emancipation. In a New Aeon context, this card can be seen as the forces of freedom razing the restriction of the slave gods.

(The Tower is also, on a higher level, the ego destruction required for enlightenment. Note the Opening of the Eye at the top of the card: it is the Eye of Shiva, on whose opening the entire Universe – in this case the Ruach – is destroyed. This too is emancipation, but from the constraints of ego rather than of society.)


The Fool; Adjustment; the Tower. This sequence could be described thus:


This triplicity corresponds to the three stages of Nature: Birth, Life and Death. One is born (Aleph), equilibrium is then sought between “self” and “not-self” (Lamed), until finally both entities are annihilated (Pé).


We also find a correspondence, therefore, with the Man of Earth degrees of O.T.O., which relate specifically to these three stages of existence. Indeed, the effect of every individual degree upon the candidate follows a similar process. We are initated (Aleph), our inner changes are compensated by changes in our outer environment (Lamed), and, as a result, we subsequently annihilate false aspects of self (Pé). And thus we Attain, for it is our falsehoods that prevent our inner Light from shining freely upon the world.

When we consider this series as a revolving cycle, we begin to sense that it is not only a wheel but an ascending spiral – indeed, it is the process of evolution. And just as the Fool is able to renew the cycle of Nature from a more evolved plane each Spring, so too does the initiate move to ever higher states of personal evolution from the process of Initiation, Karma and Attainment experienced through each degree.

As Spring takes its hold about us, keep an ear out for the Fool. Although he is always around, he is especially perceptible at this time of year. Allow the Silence to inspire you, and be ready to consider new goals, new adventures, new loves.

And fear not to let yourself go!

It was mortifying the first time I bled – a most unwelcome occurrence; something about it felt deathly - and those unthinkable sanitary pads … it was not a good time.  Now, at the other end of that cycle, more unwelcome occurrences, and the feminist in me riles a little because – far out, why don’t people talk about menopause?  I’ve been dropping the word into conversation as regularly as I can, if only to watch its ripples.

My sight started to impair when I was 45 and that same feeling returned – of death.  (Well, okay, I’ve had a death thing going on since my Dad died, but I can’t be alone in being this dramatic).  It’s been a downhill ride…

Menopause brain, like “baby” brain, has been interesting too.  “What is that word … when someone has finished their exams and left school?!”  Plucking the right one from my brain can take hours rather than moments.  But at least it does arrive … some time through my night sweat – “Graduate!”  Tardy as it is, I am grateful.

I also have fatigue, muscle pain, digestive problems, insomnia, prickly skin and I did have a quick wee in the middle of a boxing session recently.  However, largely the symptoms are not constant and I should be grateful I don’t have the rest of the long list of potential symptoms - bloating, weight gain, breast pain, bad moods, headaches, burning tongue, electric shock sensation, tingling extremities – good grief, who knew?!

But there are benefits.  Not giving a fuck is surely one of them.  Well, to be honest, that’s a little strong, though the meme, “Behold my field of fucks and you will see that it is barren,” was assuredly written by a perimenopausal woman!  It’s not a malaise but rather a blanket “please keep your drama to yourself, I’m not interested,” with a certain self-satisfaction that my own days of drama have run their course, thank God!

My superwoman, multi-tasking days seem also at an end – so music is out when I’m trying to concentrate.

My doctor said that depression and anxiety are not symptoms of menopause.  Bollocks.  Or is it just me?  I have developed the ability, that any good meditator will tell you is a virtue, of living life with two hats, being able to both revel in the joy of something while simultaneously acknowledging its impermanence – and the impermanence of everything is weighted as I get closer to death – oh, okay, death may still be 30 years away, but that’s not how I’m feeling.  At times, that’s depressing.  But hey, it is what it is.

But it is, certainly, a time of life when things fall away and so you are forced to query, if you didn’t already rock into this world asking, “What’s it all about?”  And that too, is ultimately a good thing.

The point is, I guess, that normalising the symptoms of menopause – whichever rich tapestry you may have - goes a long way to making you feel like you’re not the odd one out.


With half the world’s population experiencing such symptoms, the only “odd” thing is that we don’t talk about it.


All writing, images & audio © & ℗ their respective authors & are used here with permission of the authors.
Assembled for this issue of LOGOS by OTO New Zealand.
This issue of LOGOS was wrangled by Casey lAtimer.
We plan to release LOGOS on a quarterly basis.


Love is the Law, love under Will
Home
Subscribe to: Posts (Atom) 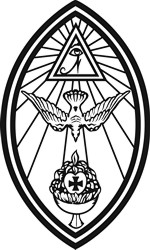